Sure, mention gaming headset and immediately we think there’s a new product from SteelSeries, Logitech or Corsair. Even Beyerdynamic and Sennheiser offer pretty good headsets for gaming purposes but my suggestion is none of the above.

It’s safe to say that PC gamers are always after the extra edge. Be it a bigger screen, or faster GPU, all to offer them an advantage, that little extra something that the competitor may not have.

The best gaming headset, just like all your other upgrades may even help you win more and that’s a definite advantage. After many years perfecting their technology and offering a flagship headphone at £3,599, Audeze has brought to the table their unique offering in the PC headset market.

With a pedigree for making incredible sounding headphones and earphones, Audeze felt that the gaming industry was missing the level of quality that their fans had been accustomed to.

Audeze could have easily strapped a dedicated boom mic to one of their already award-winning headphones and called it a day, but that’s not in their style at all. Their gaming headset was in development for a long time and there is a reason for that. They have introduced 3D geometry tracking to their headphone and it makes playing games even more spectacular.

Image playing Silent Hill and you hear footsteps behind you. Usually, if you turned your head the footsteps would remain behind you at all times. Even with that latest pseudo surround sound 7.1 headphone the footsteps still move as your head does. NOT with Mobius…….The outstanding Mobius headphone provides accurate head tracking onboard the headphone itself with no fancy cameras or anything attached to the PC to track your movement. As you turn your head the footsteps don’t move and they walk towards you from the same place in the soundscape. Think of an FPS where you can accurately tell when people are around you simply by slightly moving your head. ADVANTAGE.

The Mobius is super comfortable and keeps up with the same sonic qualities that are to be expected from an Audeze product. Providing a USB connection for your PC which I believe is best for the ultimate experience. The Mobius also offers the ability to connect via an auxiliary in and also as a Bluetooth headphone. When in Bluetooth mode the Mobius takes on another headphone category entirely. As a portable Bluetooth headphone that can be attached to your smartphone, it offers the unbelievable LDAC codec. LDAC offers superior quality music transmission using Bluetooth than the likes of AptX or similar.

It makes the Mobius the gaming headset of 2018 in my opinion. The icing on the cake is that it also comes in 2 different colours, so you can either join the blue or gold team. 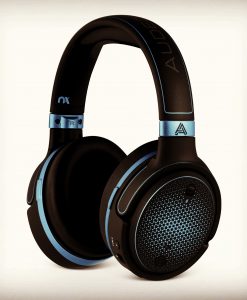 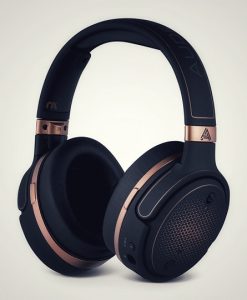