Since the launch of the critically acclaimed Hugo 2 DAC, the 2go was always on the cards due to the Hugo 2‘s screw holes on either side of the inputs. After seeing the Poly, it was pretty clear a similar device was being readied for the Hugo 2.

The arrival of 2go took quite a while to come to fruition and it was finally launched at CanJam NYC 2020. I am glad the time was taken to make 2go a solid performer in Chord Electronic’s portfolio of high quality audio solutions. After the launch of the exceedingly clever Poly for the MoJo DAC, there were a number of technicalities that required some attention in order to make it a stable proposition. By using the knowledge base that had been garnered from the Poly launch, Chord were able to fine tune the 2go’s advanced technology for incredible stability and ultimate user experience.

The 2go is an awesome piece of engineering and feels very solid in the hand. Once bolted to the Hugo 2 it makes for the perfect companion and doesn’t move at all once connected. Two screws either side of 2go firmly mate the 2go to the Hugo 2 using a supplied allen key, creating what I call Hugo2go…..Originality at it’s best. lol

In both the silver and black, 2go looks astonishing and joins the Hugo 2 to create a unique proposition that incorporates the magnificent capabilities of the award winning Hugo 2 and adds massive storage capabilities, ROON streaming, DLNA streaming and serving alongside AirPlay sharing.

With storage now available via two SD card slots it effectively turns Hugo 2 into a DAP, that at the combined price of £2795 places it up against portable players such as one of our current best sellers the Cayin N8. The only difference being that the N8 has a built in screen and has a little smaller footprint. With the addition of a case for the Hugo2go I am sure that the slightly larger footprint will be less of an issue as handling it won’t be quite such a delicate task.

Connecting to 2go was an absolute breeze, search for it via WiFi and connect to it. Job done……I was now able to benefit from the functionality offered up by the 2go. I opened Bubble uPnP and chose my local version of Gregory Porter’s – Be Good (Lion’s Song). The dynamic range was exceptional, from the darkest background instruments began to sing into my ears from the InEar PMX. Having such a dark black background enabled the Hugo 2 to effortlessly deliver subtle details and nano details that made the music flow in magical time. The track, if done wrong sounds very dull and chronically anemic. On Hugo 2 it was delivered with aplomb and emotion that carried throughout the entire track. Next was Doesn’t Really Matter from George Michael’s Older. The initial bass notes were delivered with authority and body, often this initial bass sounds rather flat on other systems which completely obliterates the song as the bass should carry throughout. Lose this underlying impact and the song isn’t as involving and encompassing and loses emotion. Again the astonishing dynamic range was clear to hear as the background again came into it’s own. The treble remained sparkly and clean without becoming harsh and brittle.

The real test came with the notoriously badly sounding Something Like Olivia – John Mayer. The instruments are usually 1 dimensional and the vocals fall behind the main drums and backing vocals. This often makes the mid-range just sound muffled and strange. Played through the 2go the song was a real pleasure. There were multiple layers to the track that could be clearly heard, making for an enjoyable listen that gave a great insight into the track, something often hard to achieve. So far all tracks had been played over the ad hoc network from my local phone storage and I decided to try the SD Card playback. Sadly it was loaded with music unfamiliar to me to give feedback on what 2go did or didn’t do, however what I did try sounded very engaging and clear.

Having established the undeniable quality of music playback through the 2go it made me wonder about it’s use case. Many of my clients were using Hugo 2 with great success using their phone as the transport or their computer by using the USB input. With this in mind I have to say it…… in my opinion Hugo 2 should no longer be used with USB cables as a way of connecting your phone, since the 2go has arrived the quality is much better via WiFi. I wanted to know how much better a hard wired connection to Hugo 2 was, grabbing a USB C to Micro cable I hooked up my Galaxy S10 5g and went back through the same songs I had previously listened to. What a remarkable difference. That dark black background that I was used to had completely disappeared, in turn ruining the rest of the songs. With the lack of darkness around the instruments, the subtlety and nuances had also disappeared. The extreme highs and lows had sadly merged somewhat into the midrange and the sound was drastically flatter. I immediately realised that my WiFi was on and so too was LTE. I switched my phone to Airplane Mode and continued listening. To my sadness this made very little difference. It appeared that my source was just noisy. CPU noise, RF noise through the cable I am not sure but I was not enjoying it anywhere near as much as I was using DLNA.

I was sold, at this point I didn’t even venture into playing with ROON or using AirPlay to see the differences. I will play with that more when the 2go is more readily available but simply over standard DLNA the 2go is a stunning piece of audio magicary that completes the Hugo 2. 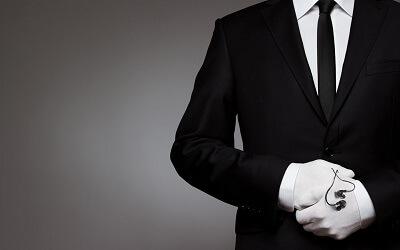 Subscribe to our newsletter for latest news and offers